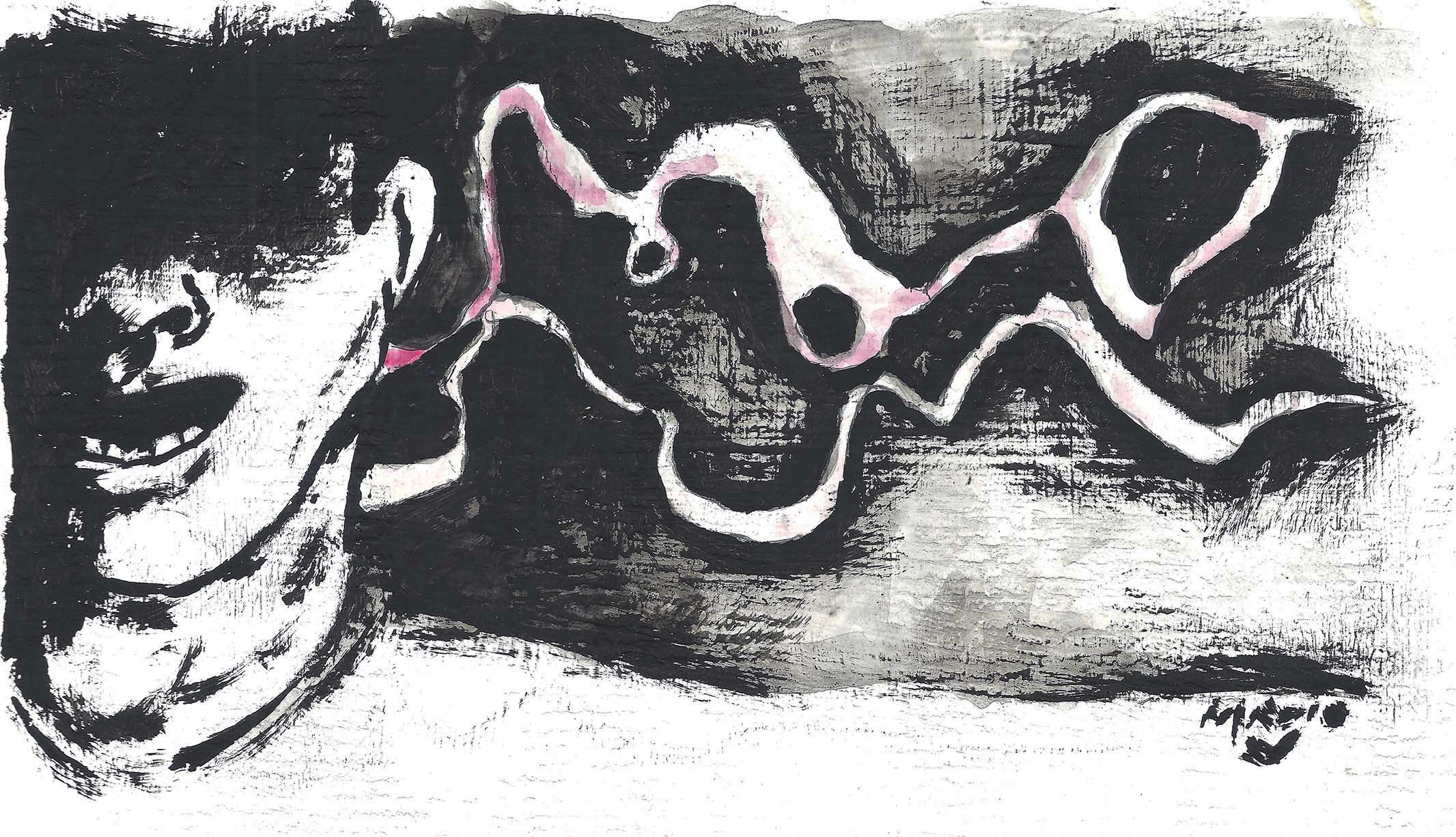 Don’t Let the Spooks Come Back for Her

Yusbelis Álvarez lives in Maca, Petare, with her mother and her little son. The photos of her sister and niece not only reignite in her the absence of her beloved; they also revive in her the horror of a night when a bunch of demons came in through the roof and took their lives. Even if she refuses to think about it, her mother reminds her every single day that the spooks fit a specific description: they were officials of the Bolivarian National Police during an Operation to Protect and Liberate the People. This is the story.

Yusbelis does not read or watch the news. She is only interested in what’s going on in her community. For example, the terrible road accident where four people were killed two days ago a couple of blocks from her street. This urge to guard herself from what is on the other side, far from the barrio where she lives, she began to experience in early December of 2016, when some «blackish specters» broke into her house and murdered her older sister, her brother-in-law and the only niece she had, who was just five years old.

Espantos [spooks, demons, specters] is the word that she comes up with to designate them. She doesn’t want to think of them as members of the Bolivarian National Police (even if she knows for sure where they come from). Dressed in black, their faces covered, smashing windows and doors during an Operation to Protect and Liberate the People. That’s the truth she wants to forget, but her mother won’t let her. She confronts her with it every time she can: «You know it, Yusbelis. You saw them. It was the police. And we must be very clear about that.”

She’s knows it for sure. But her sense of survival is stronger than her need for justice or what she feels the spirits of her relatives are crying out.

“Sometimes I feel her, my sister. When I’m cooking or before I go to sleep. It is as though she is talking to me, asking me to fight for my son, for my mother, not to abandon them to this nightmare.

She offers me a glass of water.

Maca is a community that is divided into two sectors: upper and lower. Its streets are a labyrinth surrounded by hills that always slide when it rains and by the side faults in the main road, which have been demarcated with yellow paint. The houses’ fronts have been painted in green, yellow, white and other colors that create a festive atmosphere. However, all of them are made of brick and rebar. They all have the same structure that beats the weakness of the terrain.

Within this cosmos that smells of sewage and sounds like motorcycle engines there is Yusbelis. Hers is a two-story house that her father built in the mid-70s; it has a living room/kitchen, three rooms overlooking a section of the valley of Caracas and a roof that holds two water tanks and a satellite TV antenna. It was through this roof that the police entered: a cement roof with its various rooflights, just like most of the neighboring houses.

“It was in the middle of the night. We had all gone to sleep and suddenly we heard some loud noises coming from the top of the house. We didn’t have a chance to get up. The shooting started right away. Four armed men broke in through the windows.

She was in the room next to her sister’s when she heard her scream.

After that, everything is confusing.

As Yusbelis recounts details of the story, her face grimaces:  her eyes shrink, her lips tighten and her cheekbones protrude, telling on the grinding and clenching pressure that she has begun to put on her teeth.

“Right after the screams, my mom and I ran to my sister’s room. Two officers shouted at us, ordering us to get down on the floor. I ignored them. All I could see was my sister and my niece lying on the mattress. Dead. Drenched in blood.

Her mother takes over and finishes the story.

“We never knew why they came in like that. We are all women here. We think they had the wrong house. Then, when the officers got out and the only thing left was the holes of the bullets on the wall, members of the forensic police told us that it was all was part of an operation to locate the members of a drug-selling gang. We don’t have drugs here, mijo.

Yusbelis asks her seven-year-old son to stay still; she tells him to leave the man who is listening to the story alone. He is a restless little boy. He looks me directly in the eyes and inquires about the tattoos I wear in my arms. He also remembers that night.

“Mom, we were very scared that day,» he says, as he runs back to his room. The cartoons that he likes so much had just begun airing on TV.

“They kept us out of the house for about ten hours,» continues Yusbelis. In the meantime, many people from the police and the Scientific, Criminal and Forensic Investigations Corps (CICPC) would come in and out of the slum house. I was pure torture. Some of those involved in the operation approached me and advised me not to say anything, that I rather didn’t play the snitch.

She felt fear. So much so that all she wanted was to fade away. «At one point I thought maybe I could fly away from all this.” However, she had to go down to the Domingo Luciani hospital to identify the bodies of her sister and niece. There she found a doctor’s comforting shoulder.

“He told me he would help me. That he would scold the cops and that he would force them to tell the truth, because the forensic examination that they did on my sister’s body showed that she had been murdered in cold blood.

But that justice never came.

The following night, when she entered her house, she noticed that the police had taken the mattress where her sister slept with her niece and had replaced it with a new one. They had also covered the bullet holes in the walls. As if nothing had happened. She knew of the horror that still pounded on her skin. She couldn’t sleep for fifteen days. She would get up crying in the middle of the night. 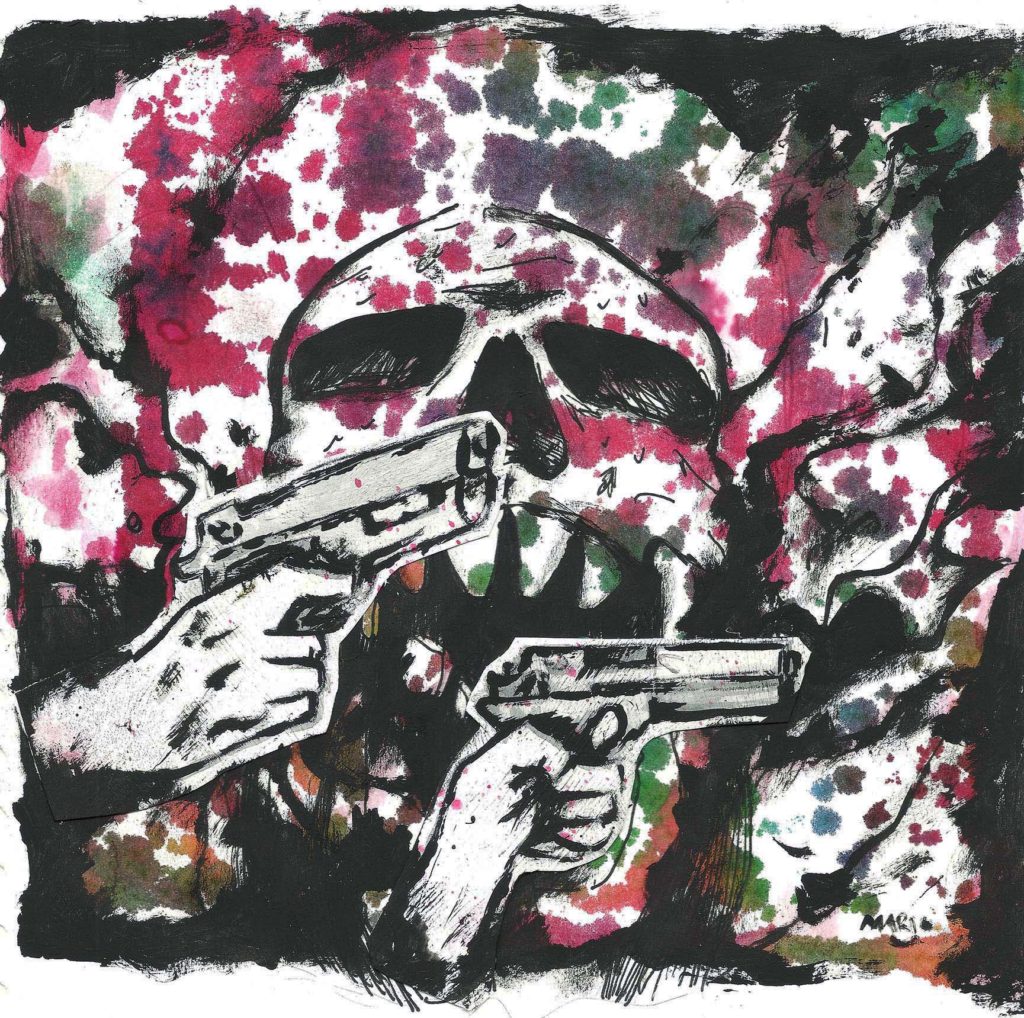 She is a preschool assistant. When she graduated from high school, she knew that her vocation was education. She had earned good grades, so she had the opportunity of being admitted to the Central University of Venezuela. But bills needed to be paid, and an extra pair of hands that would help bring home the bacon were more important than allowing herself five years to pursue a career. That’s why she took a course at the American Academy and got a job at a school in eastern Caracas.

“I work there from morning ‘til noon. Then, I work as a maintenance staff of a shopping mall.

She doesn’t mind having two jobs. «My baby deserves it”. She has the full support of her mother, who picks up her grandson every day at a preschool near the Petare roundabout.

Every day Yusbelis uses three different means of transportation to get to work and then back home. First there is the jeep that takes her down to the Metro station; once there, she has to swirl through the sea of people who take the subway to get to the east of the city, and caps up her journey with a fifteen-minute walk. «My feet never fail me,» she says, as if whispering a mantra.

“My brother-in-law taught me how to move around the city”.

Yes, her dead niece’s dad. He was not home at the time of the murder and would only find out the next morning. He tried to come home running, but a police picket stopped him. He fought, cursed and kicked to see his girls.

“The neighbors tell me that there came a moment when he lost all control: he was devastated because of what had happened; that is when the police arrested him and put him inside a patrol car.

And that was the last time he was seen alive.

Two days later, his body was located in the Bello Monte morgue with two shots in the back of the skull. The police records state that he was a member of a local criminal gang that operated in the area and that he died in a confrontation with the authorities.

“That’s a lie. The police knew that he would not rest until he found those responsible for the murder of his daughter and my sister.”

For three months, Yusbelis Álvarez tried to make her story known through the lawyers of the Ombudsman that she had contacted, asking them for help to file a lawsuit against the police.

“Nobody wanted to take the case because the director of the police himself had taken over and had tidied things up. He paid us for the burial, the casket and the grave space in the cemetery. I saw my sister and niece lying dead in the room, and then one more time in the hospital when I had to identify them. They asked us for clothes to dress them and told us when they planned to bury them. I remember one of the forensics told us: «Leave things like that. Don’t risk being the next ones.”

All these women have to remember them by is the photos that decorate the only shelf in their living room. One photo in particular makes her smile a lot: it’s from the last time that they all went out together. They are wearing caps, gloves and sweaters at the top of the Ávila Mountain. They are smiling at the camera, unaware of what the future had in store for them. There is also some paintings from Paris hanging in the kitchen’s walls that remind her of her sister and niece, because they dreamt of visiting the capital of France.

“My sister was a merchant. She had a stall at the El Cementerio market where she sold clothing items. All that she earned she spent on my niece and saved to fulfill her dream of taking her to Paris someday. That is my responsibility now, I think. I will go there and will leave a piece of paper with their names on it under the Eiffel Tower.

Yusbelis does not want to cry anymore. She knows that, sooner or later, justice will hunt the murderers down. For now, she focuses on her work and on not letting the espantos come back to get her.

Those Were Not Belmer's Plans
I'm Not Afraid Anymore
Anibal and Orianny Were My Teachers Too.
She Does Not Want History to Repeat Itself