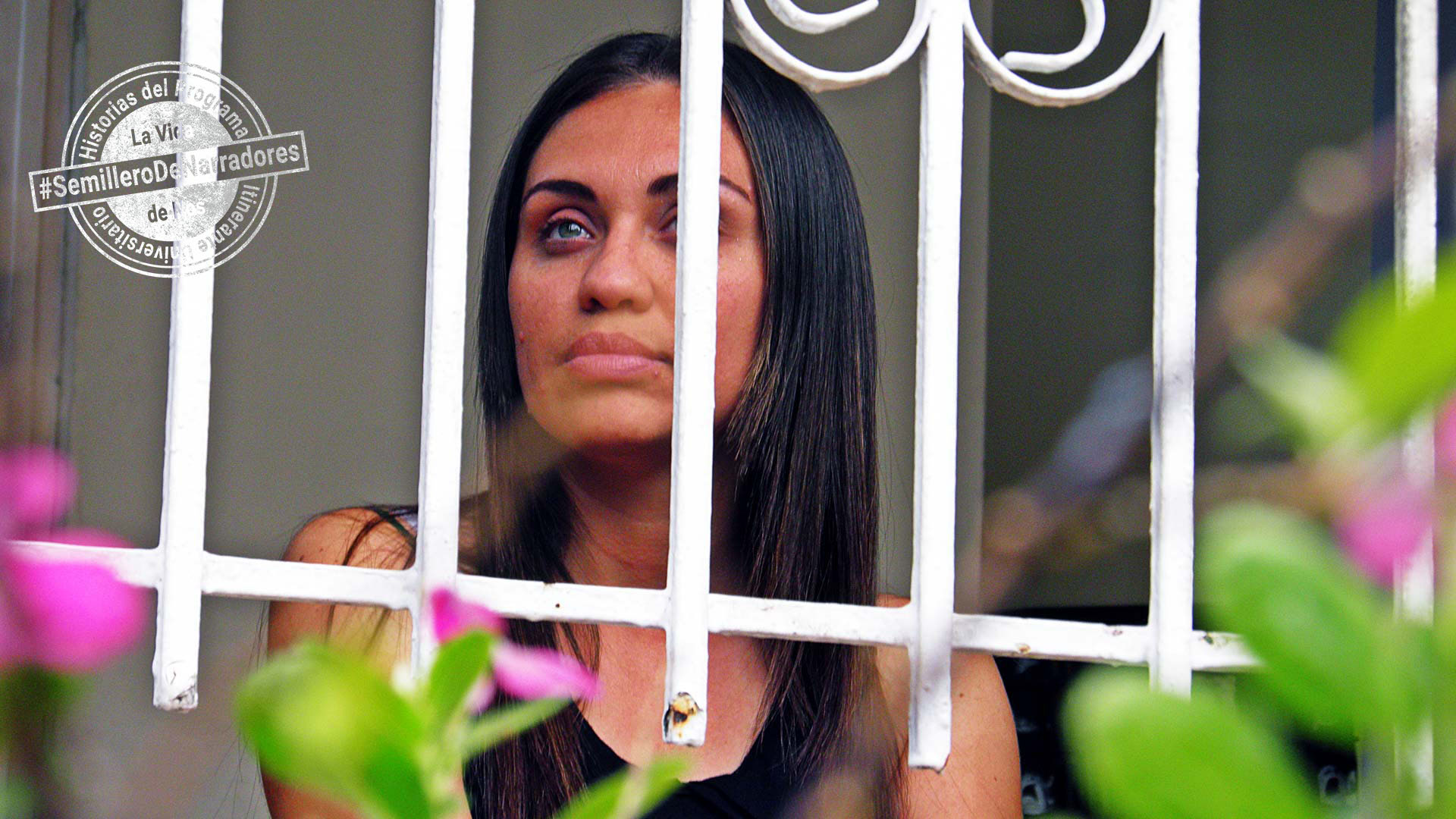 He Said We Would Watch Him and Mom Grow Old

On August 15, 2017, Oswaldo Pellicer left his home in San Felipe, state of Yaracuy, searching for a spare part for the truck he operates as a driver. At about 6:00 in the afternoon, he told his family that he was on his way back. Almost three years later, they are still waiting for him.

“After that August 15, 2017, things have never been the same. The important dates on the calendar, those days that have a special meaning for others, have become just unremarkable for us… Time goes by, and I just wait for Dad to come home. Or at least to know whatever happened to him. Only then will I feel that there are no loose ends in my life, I guess.”

As Stephany talks, her eyes get bloodshot from the tears that she cannot hold back. At times, her gaze seems lost, like that of someone who knows her questions will remain unanswered.

The house in San Felipe, Yaracuy, where she and her family live, is the same one her father bought to remove them from the hectic pace of Caracas, approximately 174 miles from here, where they had spent 20 years. Every single object reminds them of Oswaldo Pellicer, and every single object is in the same place it has always been, because they all hope that he will come back and, when he does, he will find everything as he left it. 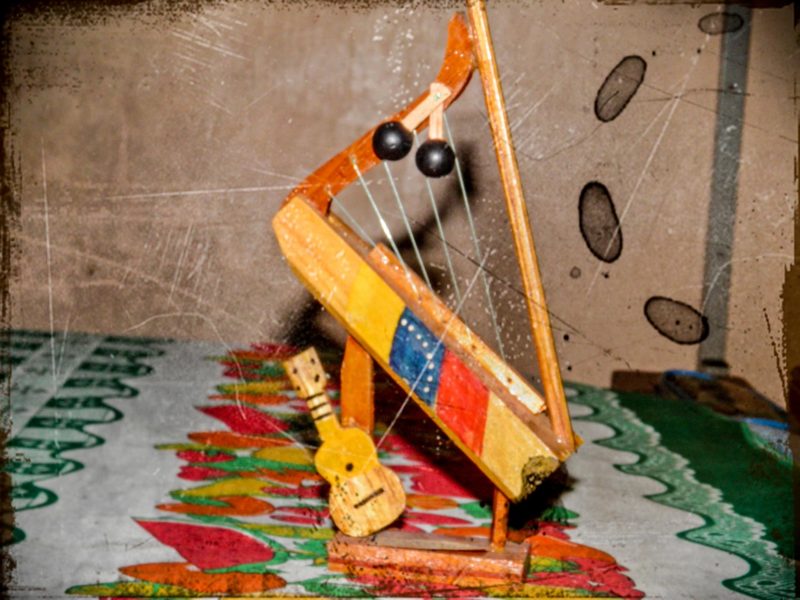 Sitting on an armchair in the living room, Stephany fidgets, folding and unfolding a handkerchief as she speaks; at times, she cries. It is not easy for her to tell this story.

At 8:00 p.m. on Tuesday, August 15, 2017, they started to worry. Dinner was almost fixed. Dora Cárdenas and her three children —Stephany, Manuel, and Jonathan— were just waiting for Oswaldo to arrive to open the house’s gate. That day, he had traveled to Maracay, the capital of the state of Aragua, which is approximately 2 hours by car, searching for a spare part for the truck he operated as a driver.

The last time he called, which was at 6:00 in the afternoon, he told his wife that he was already driving through Valencia on his way to Yaracuy, and that they should be ready to open the gate for him when he arrived. Valencia, a city in the neighboring state of Carabobo, is a little over an hour and a half by road.

Oswaldo should have arrived at least half an hour ago.

They found it odd because he, who was used to traveling, knew how to calculate time and distance perfectly.

So, they started to call him. The phone rang but he would not pick it up. They kept trying, unsuccessfully. They thought that perhaps he had had some problem with the truck, which would explain why he did not answer. A couple of minutes later, they tried again. That is when they got a text message.

«I’ll call you back right away,» it read.

Something must definitely have been going on because Oswaldo never texted. He always called. They guessed that it wasn’t him who had written that message.

What happened? Where is Dad? Who could be behind tha 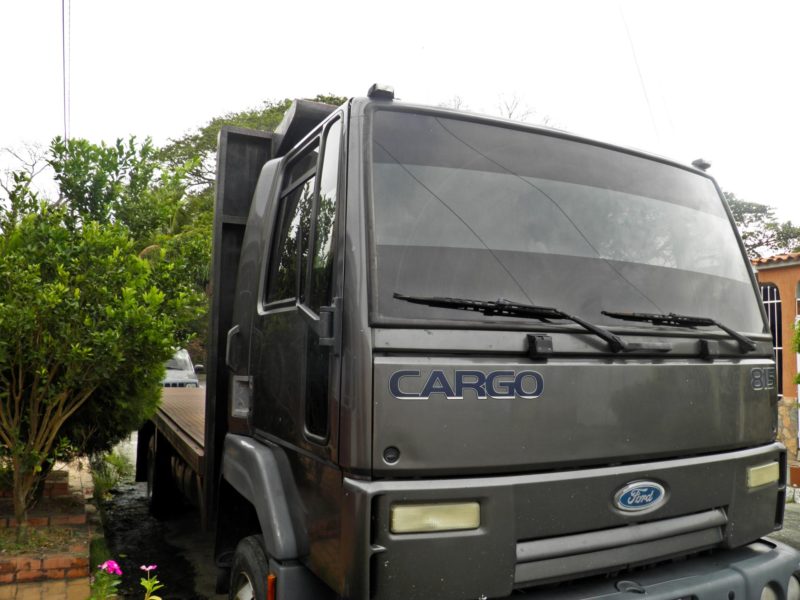 They turned on the truck’s GPS to track it on the computer. That is how they noticed that the route it was showing was not over an expressway. The route home should have been along the Cimarrón Andresote highway, but, according to the GPS reading, the vehicle was on a sector known as El Guayabo, one of the most dangerous places in Yaracuy.

Trying to stay calm, they went to their cousins’, just a few blocks down the road. They called 171-Yaracuy, the local emergency number, and alerted the authorities.

Within minutes, state police officers had set up a search grid to locate Oswaldo, using the information provided by the GPS. Only that, as per the GPS, the truck was still in motion.

“It was like we were in a race against time. We didn’t know what was happening.”

At 9:00 that night, the truck stopped near the Kromi supermarket in downtown San Felipe. The family was standing by, anxiously. Dora Cardenas, Stephany’s mother, would not stop praying for her husband’s life. When they saw on the GPS screen that the vehicle was no longer moving, they rushed to the site.

One of their cousins was the first to arrive.

“I remember him calling me on the phone and saying: ‘The truck is here. What shall I do?’ I knew there was a chance that he would find Dad dead inside the vehicle, but I told him, terrified as I was: ‘Open it’.”

He did, and there was no one inside. Stephany felt her heart stop, and the self-control and strength that she had managed to show until then began to waver. She was assailed by doubts: Had her father been kidnapped? Had he been murdered?

Her mother collapsed in a chair. Never had the children ever seen their mother in such pain. Stephany tried to pull herself together so she could help the others collect themselves. They had no choice but to wait for the police to do their job.

A huge police operation was underway. The criminal investigations police joined in. They searched extensively until 3:00 in the morning, to no avail.

The following day, that is, August 16, an investigation of the case was opened by the Prosecutor’s Office, with the cooperation of the National Anti-Extortion and Kidnapping Command of the National Guard. They saw in the GPS history that the truck had made two stops before being abandoned near the Kromi supermarket. The first stop was on the highway, near the municipality of Veroes, in El Guayabo sector, Yaracuy; the second stop was in the Las Tapias sector of San Felipe. The police ordered a raid of the area and found two of the truck’s spare tires. Although the buyer insisted that he had nothing to do with Oswaldo’s disappearance, the police managed to gather additional information and some key names in connection with the investigation.

In the 15 days after Oswaldo had gone missing, the police conducted multiple inspections around the Veroes municipality. They identified several suspects, but none of them spoke up.

“No stone was left unturned in the search for my father, and still… there was no trace of him; it was as if he had vanished off the face of the earth,» says Stephany, still red-eyed.

It is now March of 2020. It has been almost three years since that night when life changed for the Pellicer Cárdenas family. To this day, nobody knows for sure what really happened.  According to the police, and based on what one of the criminals said, Oswaldo stopped in Taborda, Carabobo, about 50 miles from his destination, and picked up a woman. The woman jumped out of the vehicle right in the middle of the highway and two thugs appeared, pointing their guns at Oswaldo and forcing him out of the truck. They took him to a farmhouse. One of the criminals took the truck, which they were going to drive to Barquisimeto to sell it. But he changed his mind, left the truck there, and ran away, and it was he who declared to the authorities. His testimony lead to the two other suspects, who were arrested and are still in prison.

“They located the truck. There is a list of suspects, but somehow there is no information about my father’s whereabouts. Neither one of the two individuals arrested has said where he is, or if he is dead. We just want to know. We have the right to know what happened to him so we can find closure for this tragic chapter in our lives.

They find it all absurd. How come they do not know where Oswaldo is if they have two suspects in custody? And what is worse, says Stephany, is that they have not said a word about the possibility of it being a murder; court hearings have been suspended more than 15 times, and they argue that there is not enough evidence for an indictment.

The family, frustrated, has taken to the media to demand justice, but their efforts have proven fruitless so far.

There is a piano in the house’s living room, spotless and shiny. It was a gift from Oswaldo to his daughter: he loved classical and traditional music. There is also a harp that they bought on a trip to Colonia Tovar, which they cherish. Stephany took keyboard and singing lessons when they lived in Caracas. Her father loved to hear her play or sing along with the rest of the clan. But Stephany never played or sang again. No music. Just silence… and the burden that it means for her, her siblings and her mother to live with the void of Oswaldo’s absence. 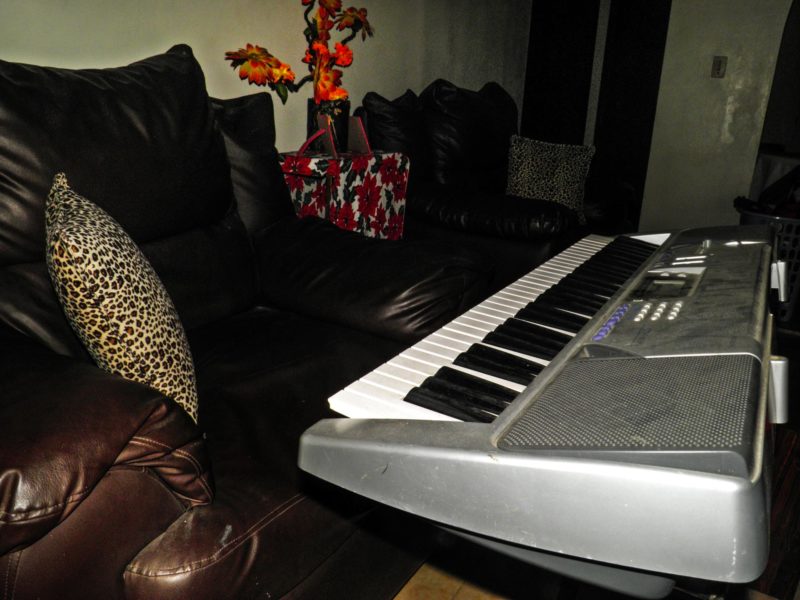 Little Jonathan, who is now 6 years old, once asked her if his father had died.

“We didn’t know what to say to him; all we could do was tell him that his father had gone on a long trip and that we hadn’t heard from him again.”

Thirty-year-old Stephany works to help support the family and to assist her mother at home. Because Dora, who has been deeply affected by everything, has to deal with her hypertension, insomnia, and loss of appetite. They try to lead a normal life, but the memories always come to them, particularly on special dates such as birthdays, or when they travel anywhere in the country. Those, she insists, are now just ordinary days in their house in San Felipe, there where her father thought they could live a more peaceful life, very different  from  that of Caracas —a city they never got used to.

“Back in those days in Caracas, Dad always said that one day we would move to a quiet city where we would study and work and where we would watch him and Mom grow old. Those were his wishes. But it never crossed our minds that misfortune is what we would find here.

Stephany wipes away her tears.

He Got to Know the Jail of the Revolution in Which He Was Born
The Forced Exile of the Perdomos
They All Managed to Escape, Except Samuel
She Smiled as She Felt Her Kitchen Come Back to Life