The Most Exasperating Trip of Karina’s Life

Karina had gone to Barranquilla to look for a sustenance that she did not get in Maracaibo, in the northwest of Venezuela. On July 20, 2017, she received a call from home. Jean Luis, her second son, only 15 years old, had been shot dead during protests staged in her neighborhood. 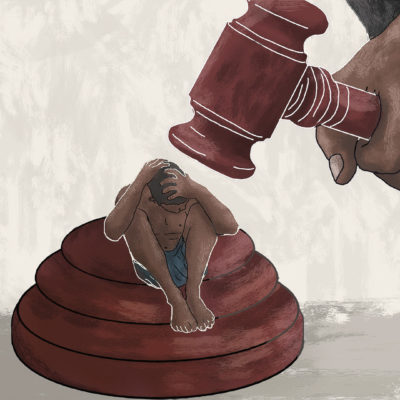 If You Raise Your Head, I’ll Rifle-whipped You Two Times More

The afternoon of January 23, a day of citizen protests throughout Venezuela, Luis José y Alexander were caught in a violence swirl that took place in the middle of the town of Tinaquillo, Cojedes state. Trying to flee, the high school students were intercepted by national guards who beat them savagely and took them to the command…

When I Saw My Mom Cry, I Knew We Would Be Jailed

Amidst the protests that took place in El Limón, in the state of Aragua, the Special Actions Forces (FAES) detained 11 teenagers, on January 24, 2019. A judge ordered their detention, and eight days later, in a special court hearing – ordered by no law-, they were released under precautionary measures. This is the story of one of them.

After 225 hearings, during which he walked 39,000 kilometers using handcuffs in his hands, Ivan Simonovis was never found guilty in the accusation of «complicity in aiding and abetting», in the death of two people during the events of April 11, 2002. Despite this, he was sentenced to 30 years in prison. After 10 years in prison…

The War That Wouldn’t Let Me Get Home

On the night of January 23, hours after congressman Juan Guaidó sworn in as interim president of the Republic, the Bolivarian National Police’s Special Action Forces (FAES, by its Spanish acronym) repressed protests in low-income areas that had been long considered strongholds of Chavismo. They arrived in Petare’s José Félix Ribas, instilling terror among neighbors. 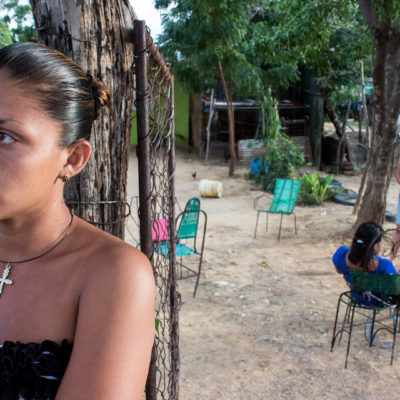 When Hope Gets Swallowed by the Sea

Thirty people were traveling from Falcon, a Venezuela’s Mid-Western, to the Dutch island of Curacao, in a speedboat with capacity for 15, which capsized in an area of turbulent waters. Among them were the husbands of Nereida and Normery, two sisters from a family in La Vela who know very well the meaning of illegally cross the ocean.

In a Minute Her Uncle Would Step On the Ground

It was Sunday morning, March 10. The engineer Manuel Martínez and his thirteen-year-old son were coming back to their apartment on the 7th floor of a building in La Urbina neighborhood, in Caracas. Just after they got in the elevator, there was a blackout that left them caught halfway between two floors. Neighbors rushed to help.

Ana could not handle the great and constant changes involving her daily life. She ended suffering an adjustment disorder and an acute depression. Since her diagnosis, she has been resting, far from the school where she taught plastic arts and which became a hostile environment for her.

Nelson Only Returns in Nightmares

One November morning of 2015, one of the five children of Edgar Carpio and Eladia Guarisma borrowed a bicycle and rode away from his home located in San Felix, southern Venezuela. His plan was to begin a new life, but he never came back home. Witnesses saw police officers taking him away.

The Bloodshed Which Fired Up the Pemon

In the early hours of Friday February 22, Venezuelan soldiers arrived at the border with Brazil and opened fire on a group of Pemon who were preparing for the entrance of humanitarian aid. The resulting death of one woman and multiple injuries would be just the beginning of a weekend in which dozens of people were injured and others died…