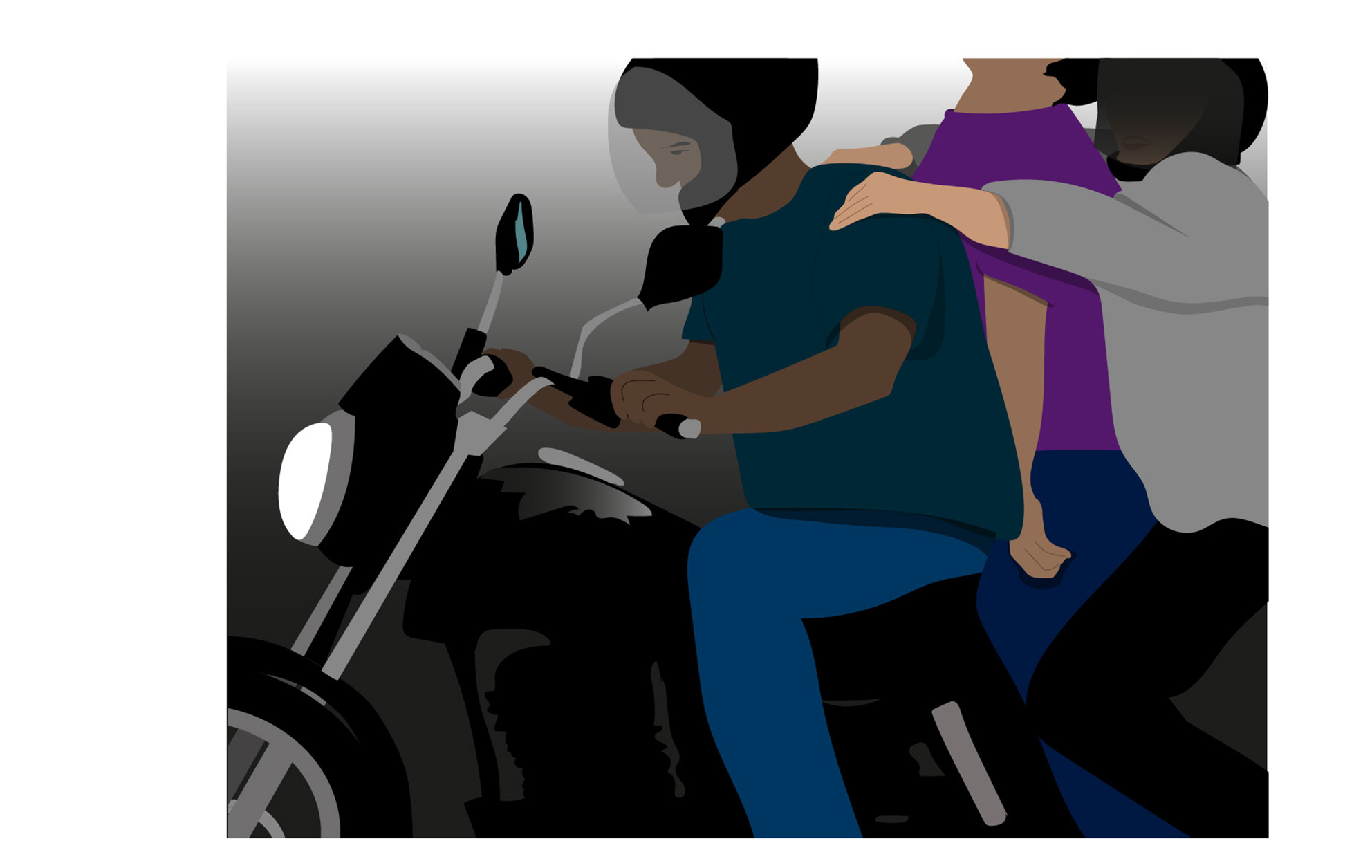 On May 16, 2017, José Francisco left his home in San Cristóbal to buy a package of corn flour. He met some friends and stopped to chat with them when National Guard troops arrived firing their guns to break up a nearby protests in this city of the Venezuelan Andes. Without giving him time to react, a bullet was embedded in José Francisco’s back. He immediately collapsed. He was 15 years old. The writer and screenwriter Alberto Barrera Tyzska tell us his story. 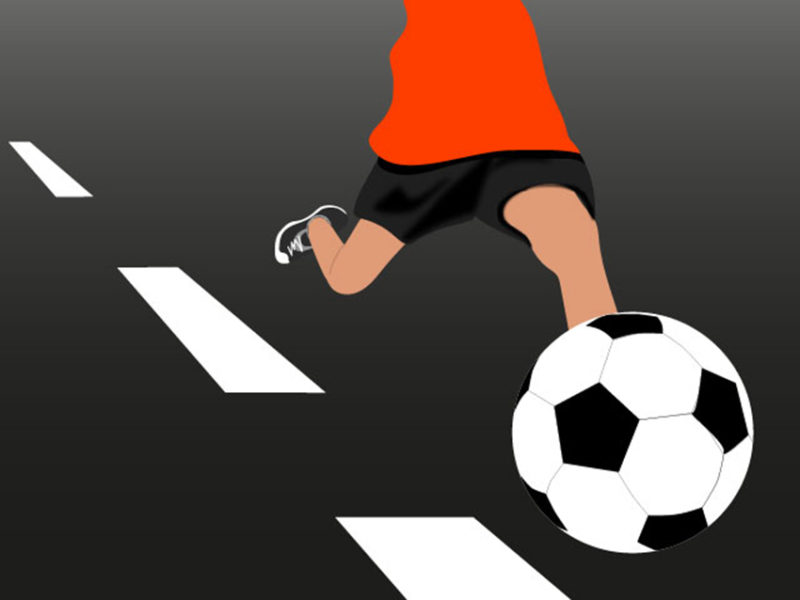 Nobody knows for sure what happened, how everything happened. The accounts are messy, full of painful silences, questions and anguish. Some do not know how to talk about it. Others do not even want to. The lack of information is also part of the news, opacity is a narrative. Everything is part of the same death, because that is clear.  Absence leaves no room for doubts. Everyone knows it was a shooting, a bullet in the back: the shot that killed José Francisco.

He was 15 years old and went out to buy a package of corn flour. An innocent, simple, quotidian routine. Estela, his mother, sent him to get the flour to make arepas (corn cakes). He went out to get what is known as our “Venezuelan bread”.  José Francisco Guerrero was a quiet boy, home-loving. He was never particularly problematic or conflicting. He had a twin brother, Hanrri, of whom little is known. They were close, they were twins, but they were different, they did not live in the same house. Their parents had split-up and José Francisco lived with Estela. «He always liked to be with me. With no one else,” she says, still referring to him in present tense. Every time she remembers that afternoon, something starts to rustle inside her body again. She still trembles. She blames herself.

It happened in mid-May of 2017. In those days there had been many protests, the whole country was in turmoil. San Cristóbal was no exception. Neither Sabaneta, a small settlement located 4.5 km from the city. Across all the Táchira state, unrest was growing, anti-government demonstrations multiplied. A strange restlessness could be read in the air. There were many rumors of looting. A few days before, the defense minister, General Vladimir Padrino López, had officially announced that 2,600 soldiers were being deployed to this region of western Venezuela to suppress the protests and enforce order.

His family insists on emphasizing that he had nothing to do with the protests. He was not interested in the rallies. «He never was part of that,” his mother repeats. He did not like that. The only thing he liked was playing soccer.” He was always a calm, peaceful boy. For economic reasons, he was sent to Valencia when he was 10 years old, to an aunt’s house. There he studied but he never felt comfortable. When he returned to San Cristóbal the lyceum was full and he decided to stay with her mother, helping her to raise money. He said that he would study later on. He started working for a neighbor who distributed merchandise to small merchants.

When he was not working, he spent time on the court with his friends, kicking a ball, playing soccer.

A sister defines it with an endearing diminutive: «He was very noble.» The adjective «noble» is scarce in the country. It’s a surprise in the middle of this news. A definition that contrasts with the official rhetoric that justified the military repression, pointing out that the demonstrations were not demonstrations, that they were only «a subversive action to destabilize the government (…) armed insurgency». That is basically the argument that is behind all the shooting. Underneath the shot that knocked down José Francisco Guerrero. «He was very cute,» his sister insists. He preferred to help others rather than stay idle.”

The bullet entered his back and came out through his abdomen. José Francisco must have felt a sudden heat, a flame crossing half of his body. Then, he went down. «His spine, from here to below, moved like jelly.» For a young man whose vital passion is soccer, the experience of not feeling his legs, of observing that dizziness without control below the waist must have been terrifying. Rather than falling, he sank into a void, into the emptiness of his own body.

Estela was restless at home, waiting. It was odd that her son took so long. She imagined that maybe he had met an acquaintance and was hold talking on the street. She also thought that, perhaps, José Francisco had gone to the court, to play for a while. But at the end she couldn’t bear the anguish. The anguish always sneaks up. Always wins. During all those days, the stories were terrible. People arrested; people dead. She decided to go out and look for him. She went around and came back and saw many missed calls on her cell phone. Immediately, the phone rang again. It was like another shot. Like the echo of a bullet in another tone, shivering in her hands. She answered. And she said “hello”. And then she heard a troubled voice: «Comadre! (godmother) They killed the twin! »

His friends urged him to stand up, they shouted at him to stand up from the ground, but José Francisco couldn’t. His hip seemed to float on the pavement. Finally, several managed to carry him on a neighbor´s motorcycle and take him to get some sort of medical attention center, but they left him in La Concordia, a commercial area of ​​the city. They probably did not want to arrive to the hospital with someone with a gunshot wound. That immediately compromises, establishes a suspicion, a possible complicity. From that place, a relative took him finally to the Central Hospital of San Cristóbal.

Estela came running. At least that’s how she remembers that moment. No pauses. Running from Sabaneta to the medical center. 15 kilometers hurried by the anguish of not knowing if her son was dead.  – «I went alone, on foot. I ran for a while, I walked for a while, I pulled my hair, and I said: My God, why? Why did I send him to buy the corn flower? If I had not sent him, he would be alive.” –

But public healthcare in Venezuela does not guarantee life. Rather, it is another risk, a new risk. Another form of state violence against citizens. José Francisco was treated immediately, but with the shortcomings of the case. There were not enough resources to treat him. They needed to rebuild his aorta artery but the specialist did not show up.

This is how Yolimar tells us what happened:  – «The kid arrived conscious at the hospital and they admitted to the ward, but since there were no relative to ask for the surgical kit, they requested the kit from the hospital, but he never got it. He had surgery with the scarce supplies they had in the operating room. They also asked for a specialist doctor to reconstruct the vein, and he never arrived, until the next day. When José Francisco entered the hospital, he told some nurses and doctors that he did not want to die. He repeated it several times.»

After the surgery, the boy never gained consciousness. The waiting and the torture began in the corridors, the despair and the impotence. «The boy was swollen, between purple and green, and he was drooling white and yellow slime. It was almost like he was dead.» The next day he went to surgery again. This time the specialist doctor was present, they tried to work on the artery. But it was useless. José Francisco had lost a lot of blood. He entered the OR at 10.30 am and died at 11:00 am.

The family protested, complained. They claim that José Francisco himself, before his first admission to the OR, had said that a national guard was who shot him. But their claims were devoured by the shipwreck of the political declarations. They even accused them of receiving money from the opposition. No one gave an answer. The family only received the promise of an investigation.

And of course, a corpse.

«He was not a bochinchero (trouble maker), he liked to play soccer, he played two or three hours on the court when he was not working. He was a very humble kid; he did not mess with anyone. He wanted to study and help me, and get me out of where I was living, he did not like nobody humiliating me. He wanted to rent me a house so that I could work at that garage and nothing else, not staying there like I do now. He was the one who took me to the doctor when I got sick. When I traveled every night, he called me to ask me if I’ve ate, if I was okay, he was the one who was always taking care of me.”

Estela must remember him every day. Do you think about him every time you put an arepa over the budare? Do you still feel how the tears burn under your eyes? What does that absence tastes, that unjust and irremediable pain? Neither she, nor his father, nor any of the brothers, can still recover from that afternoon.

They still do not know what to do with his absence. They do not know how to talk about that bullet now. The only story they have is atrocious and scary. A phrase stuck in the tongue, on the map, in the future: the soldiers arrived shooting like crazy.

This story is part of the series They were only children, developed in partnership with the Community Learning Center (Cecodap) and the support of El Pitazo.

How Many of Us Will Graduate?
He Wanted to Remember the Steps That He Had Taken
Trembling after Iowa
He Discovered That There Is Still Color in His World