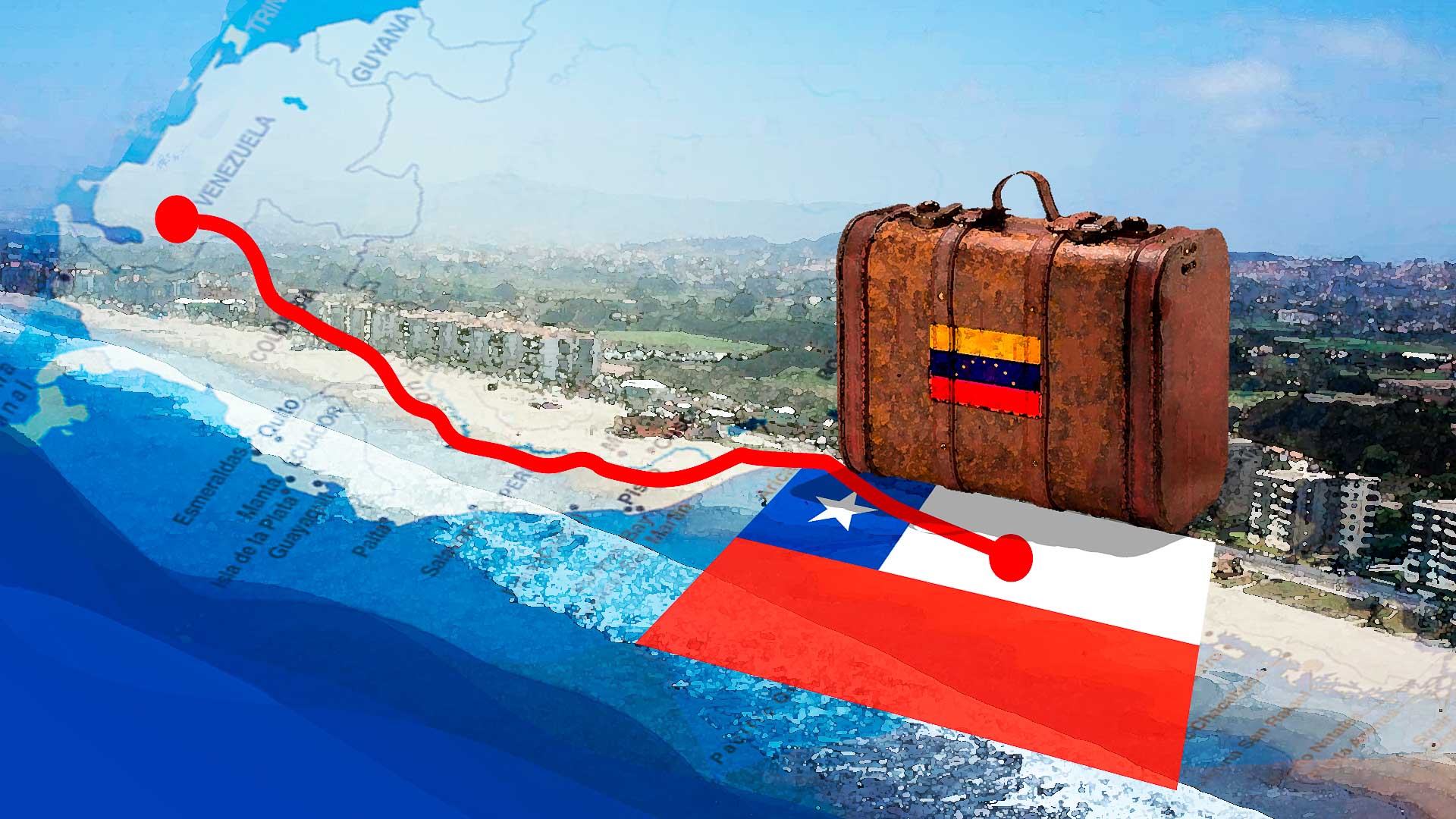 Those Were Not Belmer’s Plans

When in 2016 Belmer left his native Barinas for La Serena, a city north of Santiago de Chile to which several of his friends had emigrated, he did so seeking a financial stability that could allow him to bring his family in further along the road. In April 2018, history took a turn that no one could have foreseen. He came back to Venezuela, but in a way that his family would never have wanted. 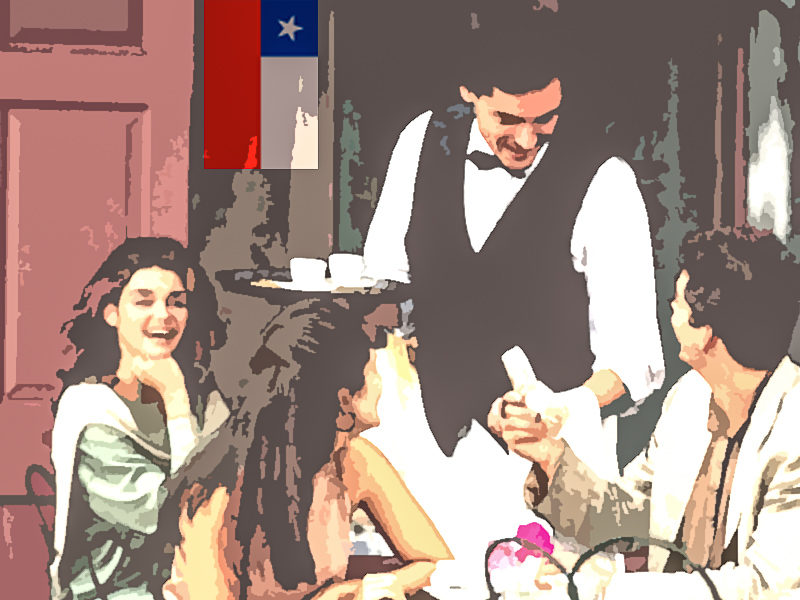 There are plans which fate takes care of blurring.

Since he arrived in Chile on December 16, 2016, Belmer had little rest. He kept repeating to himself that he needed to focus on being productive in order to make a better and less austere life for himself and for the family he had left in Barinas, in the Venezuelan plains, the place where he was born 24 years ago. That was his goal. That was his plan. Although he graduated as a civil engineer, he never practiced his profession in his homeland. He dedicated himself to commerce buying and selling goods, and that was what allowed him, for some time, to pay for his needs and provide for the house. But inflation in Venezuela overflowed like a raging river and swept away that marginal stability. The money that he earned was no longer enough to make ends meet, and he began to get anxious.

By that time, several of his friends, also hit by the unbearable economic situation, had already moved to Chile. They would tell Belmer that they were doing well, that they were able to support themselves with their job pay, and that they felt safe walking up and down the streets, even at nighttime, which was a feeling that they hadn’t experienced in Venezuela for a long time.

They invited him to follow in their footsteps. They told him that emigrating was not easy but that it was well worth the effort. They told him that if he left, he could help more from abroad, if that was what worried him. He accepted the invitation. Claribel, a friend of his who had arrived there with the support of another neighbor from Barinas, was there to receive him. It had been Claribel, and Carlos —one of his friends who had left three months earlier—, who offered him a place to stay and help to find a job.

As soon as he arrived in Chile, he began working on the weekends as a waiter in restaurant Café Cerro Grande, where Carlos was the chef. He thought a lot in his new life about all that he had left behind, and that, at the same time, gave him strength not to give up. He thought of Belkys, his mother, who was fired from her job at the Universidad Experimental de Los Llanos ‘Ezequiel Zamora’ because she did not share Chavismo’s ideas. He thought of his aunt Thay, who could barely move because of a serious injury that she had sustained to her spine and whom he had taken care of until the minute that he crossed the border. And he thought of Ramer and Almer, his elder siblings.

His dream was to receive them all in Chile by mid-2018. Those were his plans.

At first, he lived with Carlos and Claribel in La Serena, a city in northern Chile that is a 5-hour drive from Santiago, the capital. They shared the same space and the utilities, rent and food bills. Later on, Belmer and Carlos moved to another place, also in La Serena, seeking a little more comfort.

For Belmer, a weekend job alone wasn’t enough. He needed to earn more money to help his family back in Venezuela, who were still having a hard time struggling with food shortages and hyperinflation. That is why he started looking for a new job, which he soon found as a dishwasher in a sushi restaurant. But he would not be a dishwasher for too long: his sense of responsibility and dedication earned him a promotion, first as kitchen assistant and then as a waiter.

His two jobs had cut him some financial slack, which his friends had promised him he would achieve in Chile. Needless to say, the routine was exhausting: 12-hour backbreaking days, with very little free time left. But he couldn’t care less.

Luckily for him, La Serena —an area that is very appealing to tourists because it is located along the beachfront— had been chosen as the place of residence by several acquaintances from his native Barinas way before him. Just as Belmer did, they had arrived in La Serena, one by one, with the support of those who had got there first. Belmer would occasionally go out with some of them to clear his mind; some others he would run into on the streets; and he was grateful for that.

Being so far from home, crossing paths with them was like a wink at the familiar.

Little by little, his circle of friends grew larger: the ever so charismatic Belmer got along easily with the Chileans and other Venezuelans that he would encounter. He was finally able to send money to Barinas to help his people at home. And his dream of receiving his family by mid-2018 seemed to take shape and was now a less utopian, more real idea.

Until the night of April 17, 2018, when history strayed along a path that no one could have foreseen. 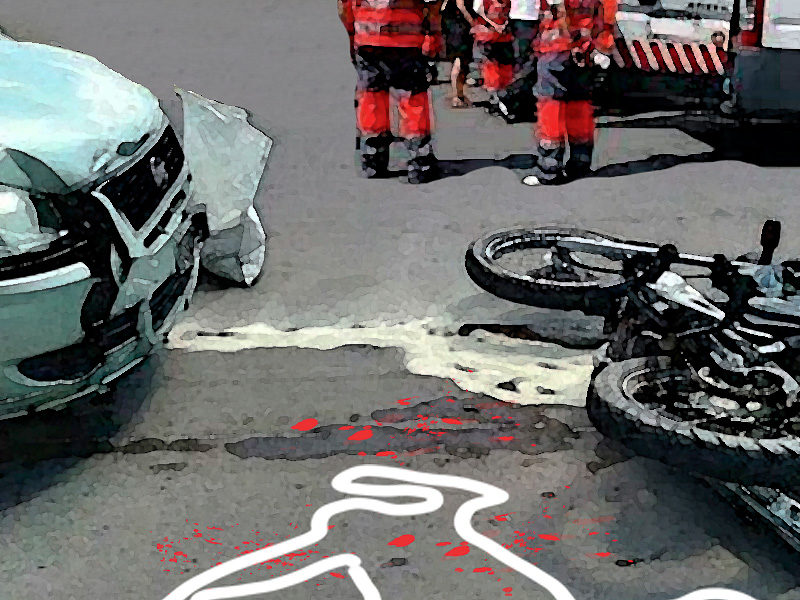 Belmer left the sushi restaurant with Christopher, a Chilean who was his neighbor and friend. They were riding on Christopher’s motorcycle to another friend’s house to collect a sweater that he had forgotten there. When they crossed the Gabriel González Videla Street, a car running on the wrong side of the road with four criminals inside who were fleeing an attempted robbery scene rammed into them without them being able to avoid the crash.

Christopher was killed instantly. Belmer would die on his way to the hospital in La Serena.

One of Belmer’s friends contacted the family in Barinas and broke the devastating news.

In the commotion of the first few hours, the devastated family expressed their firm desire that the body be repatriated so that he could be buried at home.

Carlos could not believe his ears when he heard the news. He was baffled. He refused to believe it. It was the next morning, when he went to the healthcare center to recognize his friend’s body, that he realized that it was true, and he was shocked.

Since Belmer had no close relatives in the country, the authorities would not let his body be transferred from the hospital to the Forensic Service for an autopsy; however, all the friends there explained the authorities that Belmer was a foreigner and that his entire family was in Venezuela and that they could take care of the arrangements.

So the proceedings continued.

Repatriating the body involved paying a large amount of money that the family did not have. It was Belmer who chipped in a good part of the family income, and now he was gone. Carlos and his friends, overwhelmed and moved, launched a fundraiser on social media to transfer him to Barinas. 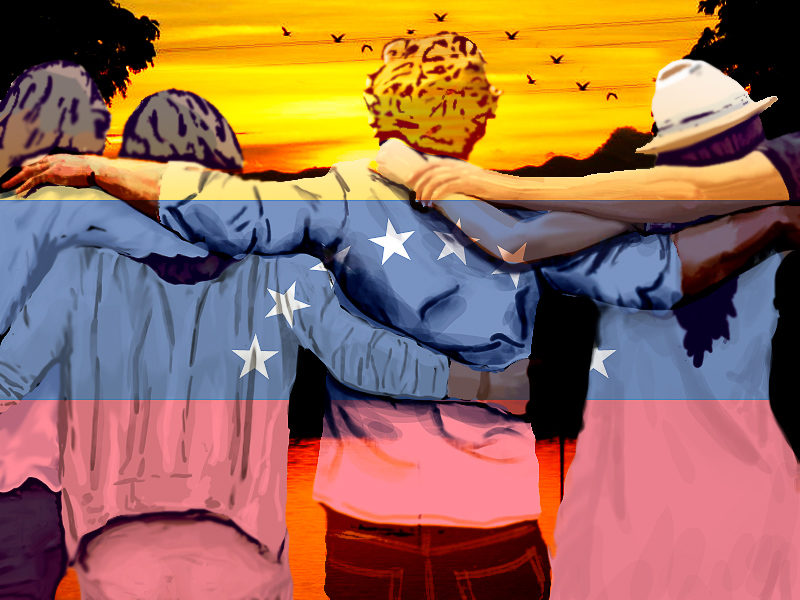 Someone had the idea of contacting Roberto Dueñas, host of Los dueños de la tarde, a popular radio show in La Serena. That person told Dueñas what had happened and asked him to help promote the fundraising campaign on his radio show.

And it worked. Venezuelans and Chileans, known and unknown, joined the cause. Just two hours into the announcement on the radio, they had raised the total amount that they required.

Belmer’s friends hold a mass in La Serena and a short wake before he was transferred to Venezuela. He arrived in Santiago de Chile, where he was held for four days in a special area. Several controls were run to certify the condition of the body, and the corresponding permits were obtained so that he could continue his trip to Cúcuta and then, finally, to Barinas.

Thirteen days after his death, Belmer was in his homeland.

He was received that afternoon by family and friends, all in tears and in dismay. They had organized a wake at El Pilar Funeral Home to bid him farewell. Coping with sadness, anger and the shock of his sudden loss, they remembered Belmer and the man that he was. They all had a story to tell about him.

That day, Belkys, Belmer’s mother, a simple woman who does not care much about appearances, dressed up neatly.

“I got pretty for my son”, she would say, immersed in pain.

Belmer mas buried the next day in a cemetery in Barinas, as was the will of the family.

She Does Not Want History to Repeat Itself
Iván Simonovis: Taking the Long Way Home
The Woman Who Faces the Overflowing River
Who Would Even Think of Traveling in the Thick of a Blackout?