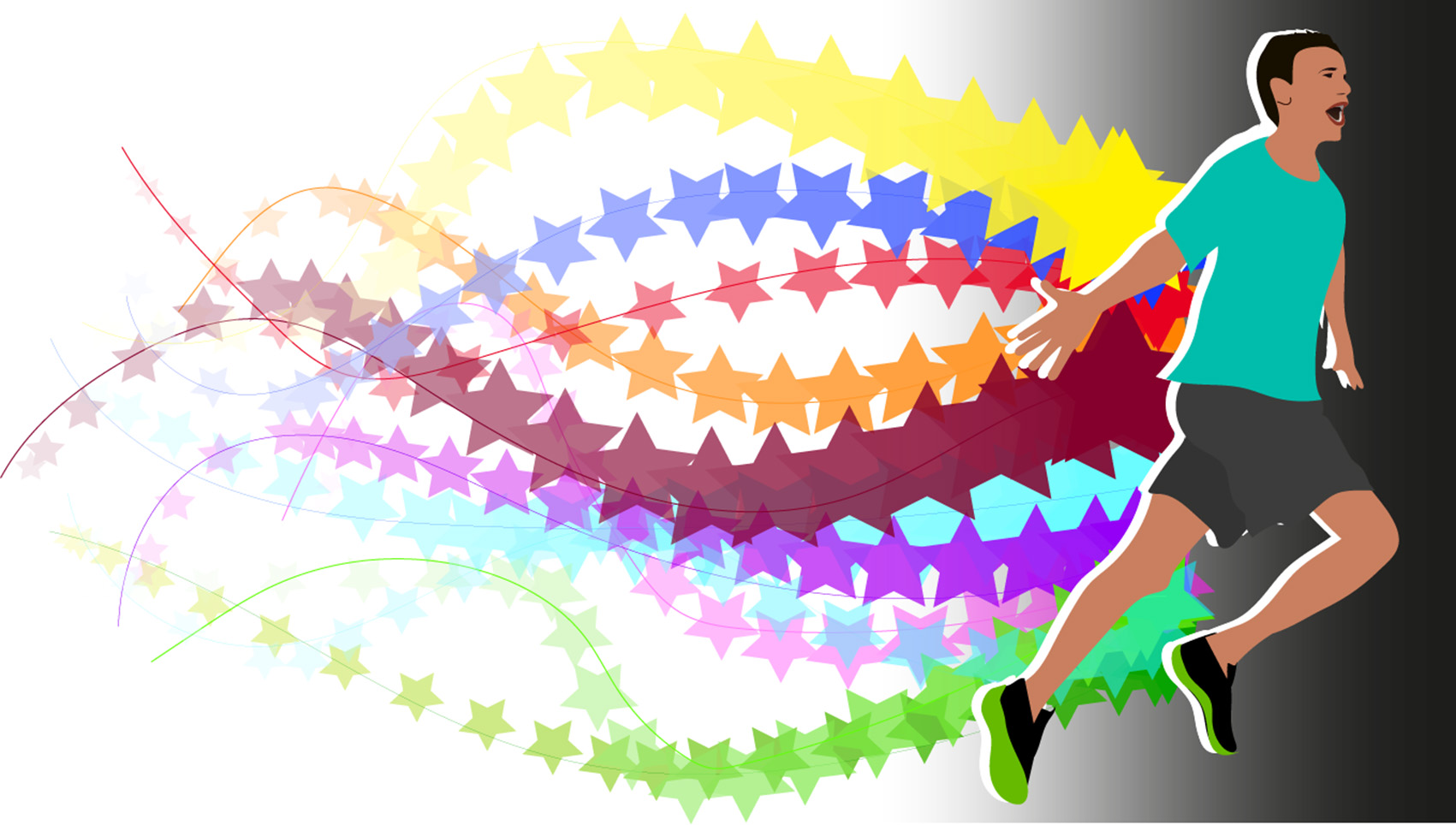 In the midst of protests and clashes between neighbors of two residential areas in Barquisimeto, in northwestern Venezuela, a bullet punctured the intestines of Brayan David Principal, who died on April 11, 2017 at the Central Hospital «Antonio María Pineda». He was only 14 years old. Although the Public Ministry charged a neighbor of the area, the novelist Ana Teresa Torres debates what happened and the hypotheses posed about her case.

Brayan David Principal was born on September 26, 2002 and perished 14 years later, on April 11, 2017. He died at the Central Hospital «Antonio María Pineda» of Barquisimeto, in the state of Lara, where he was admitted with a gunshot wound in his intestines. His death was one among the thousands that increase the death rates, and sometimes not even that. But we know more about what happened in this case and knowing it brings us closer to the incomprehensible logic of violence. He spent his short life in the middle of it.

Until 2011, the Principal Giménez family lived in Valle Dorado, west of Barquisimeto, in the parish of Juan de Villegas, home to some 6 thousand people. In addition to the shortage of running water, electricity, gas, which is the constant complaint of neighbors, Valle Dorado is known as a very dangerous neighborhood.

When they were assigned an apartment in zone 17 of the Alí Primera development, part of the government social program “Housing Mission”  (created to provide either free or very low cost houses to very poor regime followers) they did not hesitate to move in; it is a complex of 4 thousand apartments divided into 30 zones, located north of Barquisimeto. There are also crime problems, but the presence of a National Guard command seemed to give some ease to the inhabitants. The social housing complex has a high school and a basic school, and at a short distance there is the Tamaca walk in clinic, where they first transferred Brayan when he was wounded.

By moving in, it seemed they have improved their living conditions.

The family included maternal grandparents, the mother and four younger siblings. Brayan’s father died eight months before him, due to a respiratory arrest. We do not know what his occupation was, but currently their only income comes from a well-stocked warehouse in the front of the three-bedroom apartment, run by the grandfather, Eleuterio Giménez, and where his daughter, Marbelis, also works, and sometimes the grandchildren help.

Eleuterio gets his supplies from Mercabar, the main wholesale place in Barquisimeto, where he buys groceries and dry goods that he then resells in the neighborhood. His dream was to buy a motorcycle to go with Brayan to Mercabar and thus cut costs from the expensive taxi trips. The eldest son, as is often the case, after the death of the father, becomes the «man of the house» and the reservoir of many hopes. 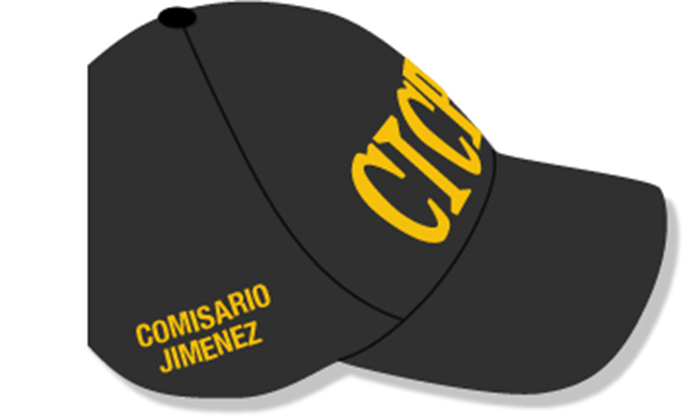 Although Brayan was somewhat behind in the school, he had managed to enroll to secondary education and studied first year at High School Ali Primera, nearby home. His plans for the future were not clear, as they usually are at that age; they went from being a petrochemical engineer, entering the Navy, to becoming a police officer, which seem his favorite since next to the logo of the CICPC, the criminal investigation police, is written: «The best career of my life». Meanwhile he attended to Christian church with his family and enjoyed music and preaching to children. A neighbor trained the boys to play soccer, and that was also one of his favorite activities.

Most of the Yucatan’s urbanization residents supported the opposition, while those living the Alí Primera residential area were mostly sympathetic to the government, and both areas face each other on the road to Duaca, north of Barquisimeto. On April 11, in the context of the demonstrations and protests that took place in Venezuela between the months of April and July of 2017, violent confrontations took place between them and the road was cut off. One night they were burning tires and detected the presence of armed groups, the so-called «colectivos». Apparently, these types of events were not frequent in the area, to the point that Marbelis, Brayan’s mother, says she was unaware of the presence of barricades or «guarimbas» in Yucatan.

That being the case, that April 11th was just another day for the family. Without any reason, Brayan did not attend classes. He stayed in the apartment while Marbelis attended the sale of tostones (deep fried plantains) and beans at the entrance of the housing complex, and he saved her lunch. In the afternoon he went out to play soccer with some friends. After 8:00 pm, his mother asked him to go out to buy some empanadas for dinner and then she went to watch television without any mayor concern. The food stalls are at a short distance from the apartment, but more than half an hour had passed without his son coming back, so she began to worry and went to the fence of the building to see if she could find him. A friend of Brayan came running up to her and told her what had happened: «Brayan was shot.» 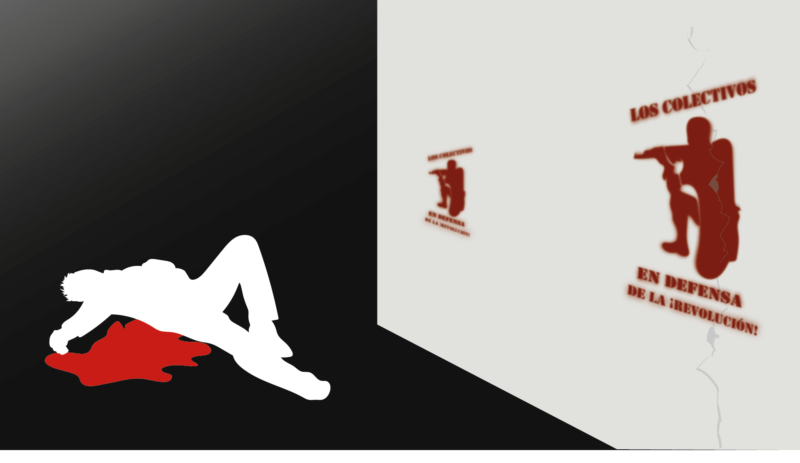 Marbelis reacted as usually in those cases. «Is not true! You’re making a bad joke!» At the insistence of the young man, she changed her clothes and went out to the street. There she learned that Brayan was at the entrance to the social housing complex when a bullet entered the left side of his body and linearly perforated his abdomen, it went through the right side, compromising his spine. He was transferred in a private vehicle to the María Sequera de Tamaca clinic, a primary care center with 33 doctors, insufficient to help the number of patients admitted, and lacking the adequate hospital resources. A private ambulance takes about five hours to arrive. They managed, nevertheless, to take him to surgery, and transferred him to the University Central Hospital, where he was admitted in the Intensive Care Unit.

At 6:00 am of the 12th, a doctor explained to Marbelis that he needed a second surgery, and she went to the lab to get the test tubes for the blood samples. The surgery was scheduled for 8:00 am, but at 11:00 am the doctor told her what they usually say in these cases: «There was nothing we could do to save him.»

Brayan’s body was taken to building where the family lives and a vigil was held by friends and neighbors. On entrance wall of the apartment they placed a banner that said: «We miss you Brayan David Principal Giménez». It also included the names of the mother, brothers, grandparents, aunts, and a large list of cousins ​​and friends and,  in between,  some pictures. A tribute to a beloved person. 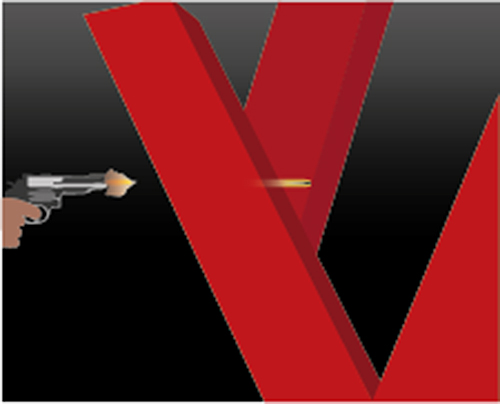 According to ballistic reports, the trajectory of the bullet indicates that it was fired from the Alí Primera urbanization, and not from Yucatán, as originally was thought. The investigations of the Cicpc, of which we do not know the details, identified as the alleged killer a man of 29 years, known as «El maracucho», apparently with a history of «bad behavior», who lived at zone 15, very close to the area where the Principal family lives. The suspect was questioned on the same day as the victim’s funeral took place. The prosecutor 21 with competence in Fundamental Rights discarded the involvement of any officer and the case was transferred to the prosecutor’s office 20.

«The maracucho» was detained on May 24 with an arrest warrant from the Public Prosecutor’s Office, settled by the 2nd Court of Lara state control, and on July 10 he was charged with the crimes of homicide qualified by ignoble reasons and serious personal injuries in degree of complicity, for which he was secluded in David Viloria (formerly Uribana) prison.

In the context in which these events took place, the determination of the truth, of the police and criminal truth, opens up to different theories. For example, Eleuterio Giménez believes that his grandson died as a result of shots from the National Guard because, according to him, when the incident occurred, the riots had subsided and only troops of that body remained. If this was the case, it is understandable the need to find a culprit as soon as possible. Marbelis, at first, accused the residents of the Yucatan development of entering Ali Primera to burn and make a mess in the neighborhood; in a second statement she accepted that the culprit was a neighbor of her area, since the CICPC had captured him. «The Cicpc is never wrong and if he is in prison it is for something.» That justice was served is, at least, a consolation, although, as she herself adds, «it is not easy to smile again.»

Some media reported that the young man was wounded during the protests when armed groups tried to enter the urbanization to steal CLAP food boxes, which the government delivers more or less every month to be distributed. The community of the Ali Primera Socialist City issued a statement to demand justice and denounce the opposition groups in the vicinity for the violence generated. 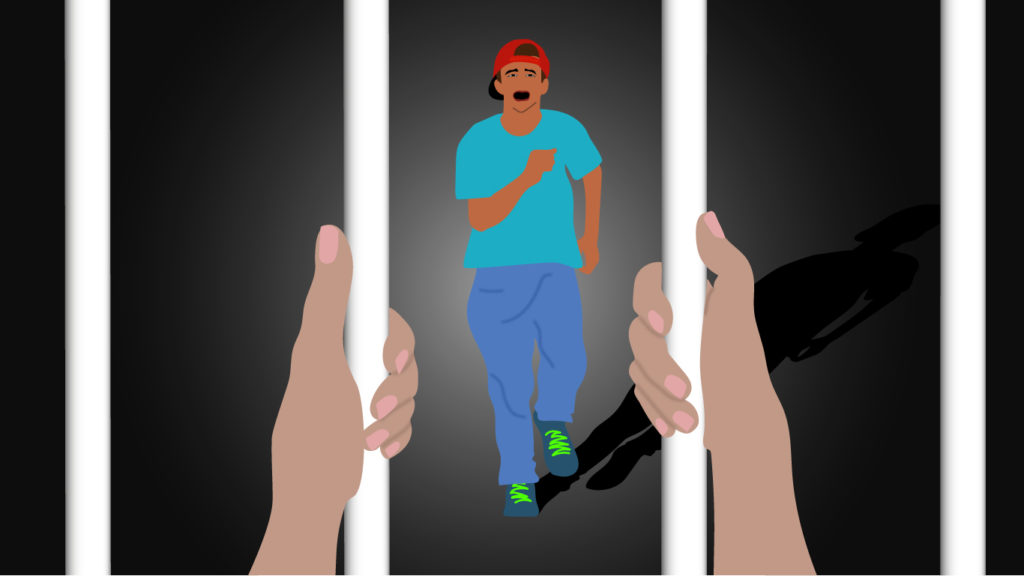 Regardless of the actions of the Public Prosecutor’s Office, it is probably it will never be known with complete certainty who was or who were the perpetrators of the shooting. Nothing seems to suggest that his death was premeditated. No one seemed to have a motive to murder this 14-year-old boy, who was lucky of not becoming a violent actor, as many others under similar conditions. He was a common boy, born into a common family, who fought honestly to survive in hardships.

But what we know is: that his death is not the result of chance or accidental. The truth is wrapped up in the political conflict and Brayan was that April 11 in the wrong place at the wrong time.

This story is part of the series They were only children, developed in partnership with the Community Learning Center (Cecodap) and the support of El Pitazo.

How Could He Shoot Him?
His Weapons Were a Notebook and a Pencil
They Will Have to Explain Why They Are Staying with Their Grandmother
In a Minute Her Uncle Would Step On the Ground